In Greek mythology the island was placed the forge of Hephaestus, god of fire and blacksmith. But it is the name of the Roman god Vulcan, which was given to the island. The island owes its existence to the fusion of four volcanoes, the largest and most active is the Vulcano della Fossa, it dominates from its height of 391 m. of reddish stone.

Between the two ports, the port of Levante and the port of Ponente, lies the island's main town. It's a rich village of shops and characterized by contemporary sculptures in lava stone. 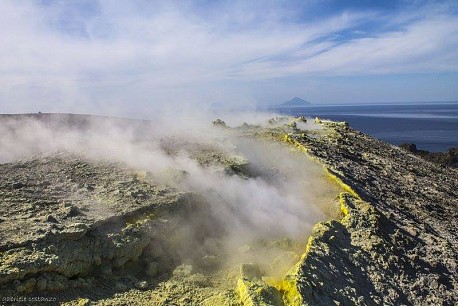 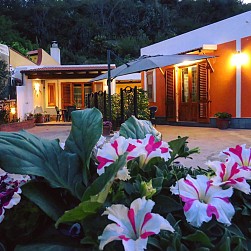 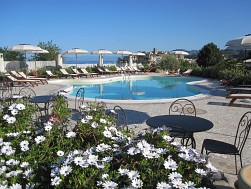 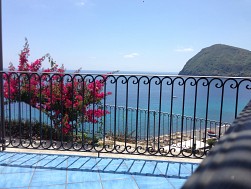 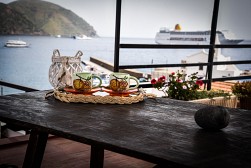 Via Marina Garibaldi, 98050 Canneto ME, Italia

The Therasia resort sea & spa located on the island of Vulcano is the only hotel from which you can admire all the Aeolian Islands. The resort has a wellness center with a heated swimming pool, sauna, Turkish bath, emotional shower and four ...
info 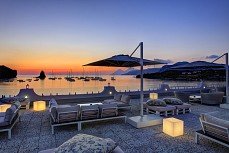 In the splendid setting of the Aeolian archipelago, a UNESCO World Heritage Site since 2000, just a few steps from the sea, on the splendid black west beach stands Les Sables Noirs, a recently renovated Resort designed for travelers who love ...
info 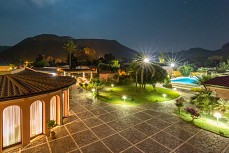 Eros is a refined and romantic 4-star hotel located on the isthmus of Vulcano, overlooking the eastern bay, is only 500 meters away. from the natural pond of hot mud and enjoys a breathtaking view of the Volcano. Thanks to its quiet location, it was ...
info

What to do and what to see 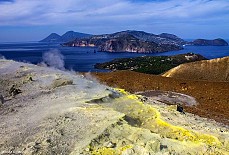 Climb to the crater - about 2 hours. Starting from the end of the shopping street which starts from Porto di Levante. The route climbs to various curves along the mountainside, offers beautiful views of the archipelago: in the foreground the ...
info 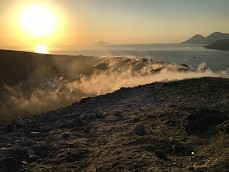 To date it is not possible to go up to the Gran Cratere for safety reasons. Duration: 3 hours - difficulty: easy Between 1888 and 1890, the last eruption of the island's history involved dramatically the crater of La Fossa. The solfatara was ...
info