The construction of the factory of the Terme, called San Calogero, in the Aeolian Islands, probably dates back to 1872. Unfortunately, the baths are closed since 1975, visited only for tourism purposes. Despite the efforts, including projects and jobs, he has not been able to reopen them.

Its thermal water has a chemical mixture sodium bicarbonate-sulphate and an almost neutral pH. The source draws its water from shallow areas, where are mixed rainwater and geothermal and volcanic vapors, which enrich carbon dioxide and hydrogen sulfide. lukewarm flows, at a temperature of about 50 ° centigrade.

The history of civilization of the Aeolian islands is extraordinarily old. More recently, in archaeological excavations, near the springs of San Calogero, it was unearthed an ancient tomb tholos of the Mycenaean period. One would assume to be the oldest spa building in the Mediterranean.

If an earthquake, in the fourth century, were destroyed and abandoned, to resurrect the spa was, in 530, that Calogero di Sicilia, which will become San Calogero (hence the name).

After World War II after a long period of closure of the reopened thermal baths. After the first economic successes, it was realized that the structure, after a century, was restored, missing because of various facilities and equipment, such as, for example, the phone. In the mid-seventies, the backwardness of the thermal structure led to its closure.

During the restoration work on the plant it was discovered the oldest thermal plant in the world, a set of pipes with relative boiler dating back even to the seventeenth century. BC, while expanding upon the Aeolian civilization.

Various interventions, some appropriate have been realized, other less. Not yet found the key to the problem. The Terme di San Calogero, which could be a key to remarkable economic development throughout the archipelago of the Aeolian Islands, is closed, while its spa waters continue to go out.

Operazione in corso...
« back to list History and Culture 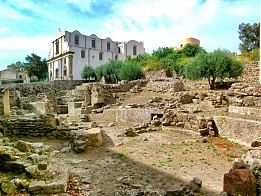 The Aeolian Archaeological Museum is one of the largest in Sicily and across Italy: is located ... 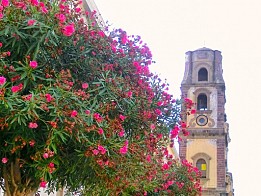 "Il Castello di Lipari", it consists of a set of buildings constructed on top of a large rock of ... 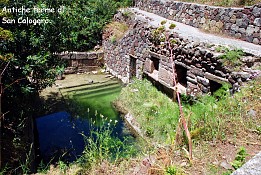 The construction of the factory of the Terme, called San Calogero, in the Aeolian Islands, probably ... 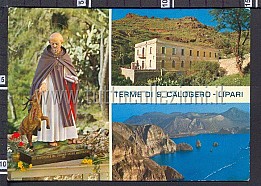 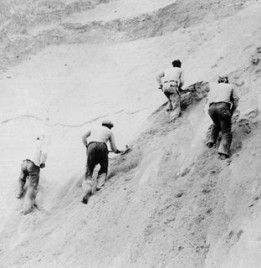 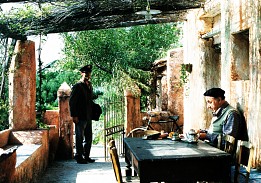